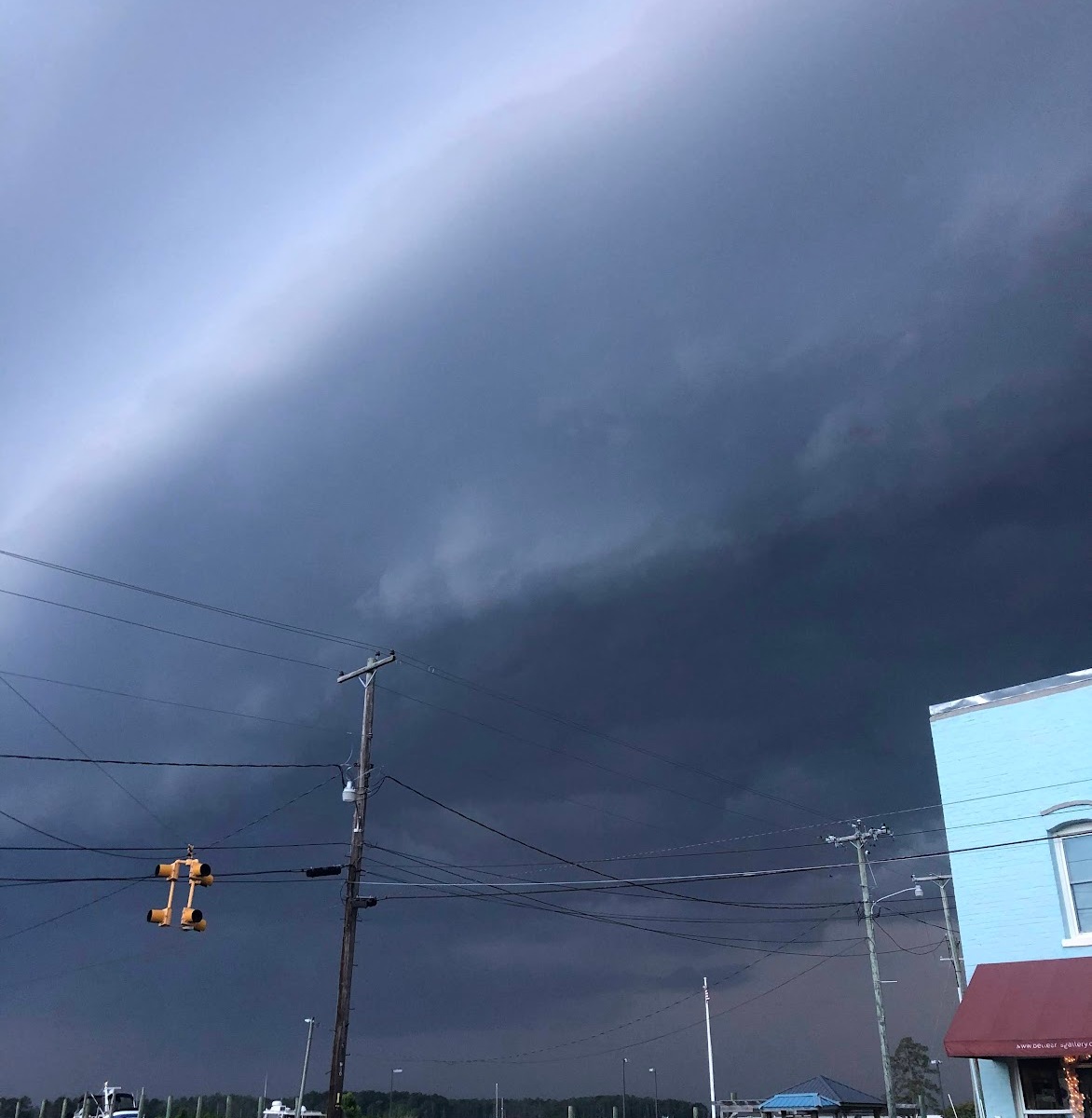 We were up early the next morning in Oriental and left the dock around 7 am. We have about 45 miles to go today to arrive in Belhaven. Coming out of Oriental there is big water in the Neuse River and the Pamlico Sound along our route today, so that means SAILING!!! We haven’t had our sails up in quite sometime as we travelled the skinny parts of the Intercoastal Waterway (ICW). So, we are excited to be able to hoist the sails and let Painkiller stretch her sailing legs.

We arrived in Belhaven in the mid-afternoon and I made an immediate beeline for the laundry facilities. We needed to get some laundry done for several days now and did not have access to laundry facilities at our last few stops. Best of all Belhaven Marina has FREE laundry! That is music to these sailing ears!

There are several boats here that we have met and travelled in a pack with over the last several days. There are also people such as Bruce and Maggie aboard their Ranger Tug that we haven’t seen since we met them in Charleston and finally have crossed paths again here in Belhaven. There are several boats in the area that we know are headed to Albemarle Sound like us for the pig roast. There are also several boats that are in a pack headed north to Norfolk for the American’s Great Loop Cruisers Association Rendezvous that is occurring the first week in May.

Because there are several boats here in Belhaven, we had a cruiser’s happy hour on the deck of the marina and chatted with everyone and got to meet some new people as well. We all exchanged boat cards and we added all the ones we gathered to our growing library of boat cards.

After happy hour, we walked into town with Bruce and Maggie and found a restaurant called Fish Hooks. Belhaven is a pretty small town with a small town feel, so just a local place to grab a bite. As we were sitting in the restaurant we could see the storm clouds were building outside the window and it was getting darker by the minute. We have about a 1/2 mile to walk to get back to the boat, so we quickly paid our bills and got out of there and walked swiftly back to the boats to see if we could get there before the storm. I did take a moment to snap a few photos however.

We made it back to the boat just as the wind was picking up and a few raindrops had started…PHEW! The marina staff at Belhaven Marina are top notch, they came out to all the boats to ensure everyone was tied up well and had enough fenders, etc to ride out the storm. They helped several boats put on an additional line or two and were busy putting away the lawn chairs and anything else that could get launched in a wind storm. Based on the sky, this looked like it was going to be a doozy!

We did get quite a bit of wind and rain from the storm but it actually moved through rather quickly and most of us were either in the cockpits of our boats watching the storm under the bimini or came out as the storm was ending.

← Oriental, NC – One of our favorite places
Alligator River and Albemarle Sound →